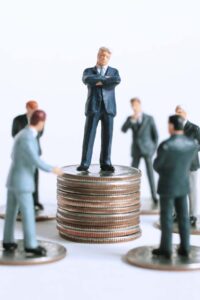 Are you the director of a Canadian corporation? Here is what Director’s Liability means to you

If your Corporation has not paid its source deductions, GST and or HST the director can and will be personally assessed.  These are very common assessments in this economy. These assessments are raised under section 227.1(1) of the Income Tax Act and 323 of the Excise Tax Act. These assessments can be made at any time.  In most cases the Agency will not assess if the corporation is still operating and may have the ability to pay.

The Canada Revenue Agency has two year to assess the directors from the time that they resign.  A director’s resignation should be in writing and witnessed. It should be retained in the minute book of the Corporation. Some provinces require that the resignation be reported at the provincial registry.  These requirements are in the Province’s Corporation Act.  Currently, in Alberta, a resignation does not have to be reported to the registry.

If there is no evidence at the registry of a resignation the Canada Revenue Agency will raise an assessment within two years of the date that the corporation is struck. A corporation gets struck by not filing annual returns with the province.

Most directors fail to resign and if the assessments are made in time, they are legitimate.  A director has the right to object to the assessment (See: CRA APPEALS) raised by the Canada Revenue Agency, while at the same time objecting to the underlying assessment by the Minister.  In other words, if the corporation owes less money than was assessed by the Agency then the director owes less money.

Directors are jointly and severally liable, together with the corporation, to pay the amount owing and any interest and penalties relating to it.  In other words, every director plus the corporation owes the whole amount.

Some things will disqualify you from being a director.  For example, if you are a bankrupt or have a certificate under the Mental Health Act, you are deemed to not be a director under the Provincial Corporation Act.  If you were unable to perform your duties as a director due to serious illness, or other related issues at the time the shortfall was incurred, you may be deemed to not be a director by the Canada Revenue Agency. An example of this would be a person with cancer whose treatment may cause reduced mental capacity.

If you are assessed by the Canada Revenue Agency for Director’s Liability, you should contact our firm.

For an highly detailed article on Director’s Liability see our article in Alberta Marketing Strategy magazine: 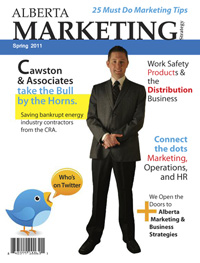